Cargo Types
RSS Newsfeed
Welcome to the official website for HullBreach Online, the first browser-based space MMORPG for the Nintendo Wii! HullBreach Online supports not only the Wii, but any Web browser that can use the HTML canvas object (without additional control enhancements) by making use of the powerful Wii Opera SDK, a JavaScript library originally made just for this game!

HullBreach Online Lite for the Nintendo DS is now available as well! Just point to http://hullbreachonline.com in the browser, and it will do the rest!

Join the other 164423 members by taking part in the galaxy of HullBreach Online! Since the game is and always will be free to play, there is no reason to say no to that.

Check back to this website periodically for updates. I will use this blog to both explain in-place game elements and to reveal newly added abilities and features.

Currently the HullBreach Online accounts are integrated with DSiPaint, and 3DSPaint, so that one login allows all the great and upcoming software to be seemlessly used. These Web Services will continue to expand. For more information, check out the Homebrew Blog. 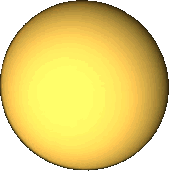 This desert planet has no modern show of life on the surface due to the lack of liquid water, yet several stone ruins stand in what would be temperate regions. The atmosphere is too thin to allow breathing without an environmental suit.

The old riverbeds lead to several cave openings. This leads many explorers to believe that the ancient people may have lead water underground to continue the civilization. It is unclear if the planet's surface came to its present state naturally or through war. 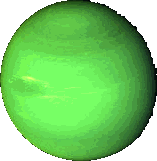 This planet has no outpost, no known resources, and hasn't even earned a name for itself from explorers. Some day, valuable resources may be found in the atmosphere, but for now most pilots will pass this planet without a second thought.

Early explorers found this barren planet orbiting around a blue giant start. From space, the planet had a light purple haze to its atmosphere, so the exaggerative name of Fuchsiar came naturally. It was soon discovered that the soil consisted of slight iron content.

Believing that iron mining would prove valuable, a consortium of traders established an orbiting space-drill above the planet. When titanium alloys and composite materials overtook steel in most sectors, the iron trade collapsed. The outpost remains nearly delelict to this day, aside from occasional traders who temporarily make residence. 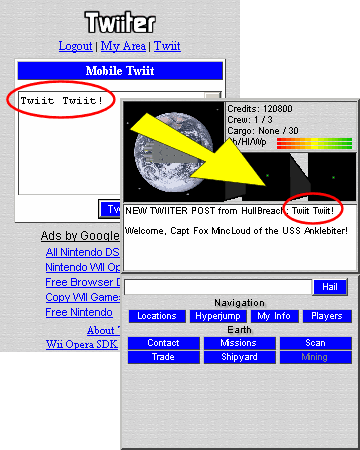 Since HullBreach accounts and Twiiter accounts are shared, why not share the content as well? Done. Now anyone playing HB Online Lite will instantly receive new Twiiter posts right inside the chat pane! This makes staying up-to-date with friends while on-the-go even easier.

Twiits show in a similar way to hails or system-wide messages: They scroll through the chat feed and display who made the posts with the alert "NEW TWIITER POST" at the beginning. 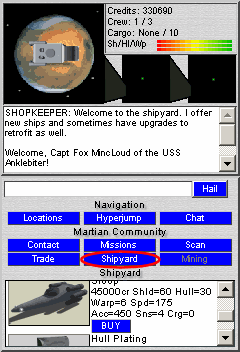 Shipyards are where players go to purchase a replacement ship or to retrofit an upgrade onto a current ship. Many locations offer shipyards, but due to politics of each region, the ships allowed for sale may greatly differ. Similarly, upgrades can greatly vary based on the atmosphere in a region of space, even within the same sector.

Several classes of ships exist, and the abilities of those ships can be critical to many missions. Ships with high speed and acceleration with long warp ranges can run distances quickly before a timed mission has expired. Ships with large amounts of cargo space allow trading and smuggling for profit. Those with scan or cloaking strengths can conduct reconaissance missions with ease.

Yet, if a ship lacks in specs, upgrades are available to balance out weaknesses at the expense of cargo space. (Hey, the high-tech equipment has to go somewhere!)

Be aware that purchasing a new ship automatically jettisons all cargo and forfeits all current missions, so be sure to get the job done before upgrading.